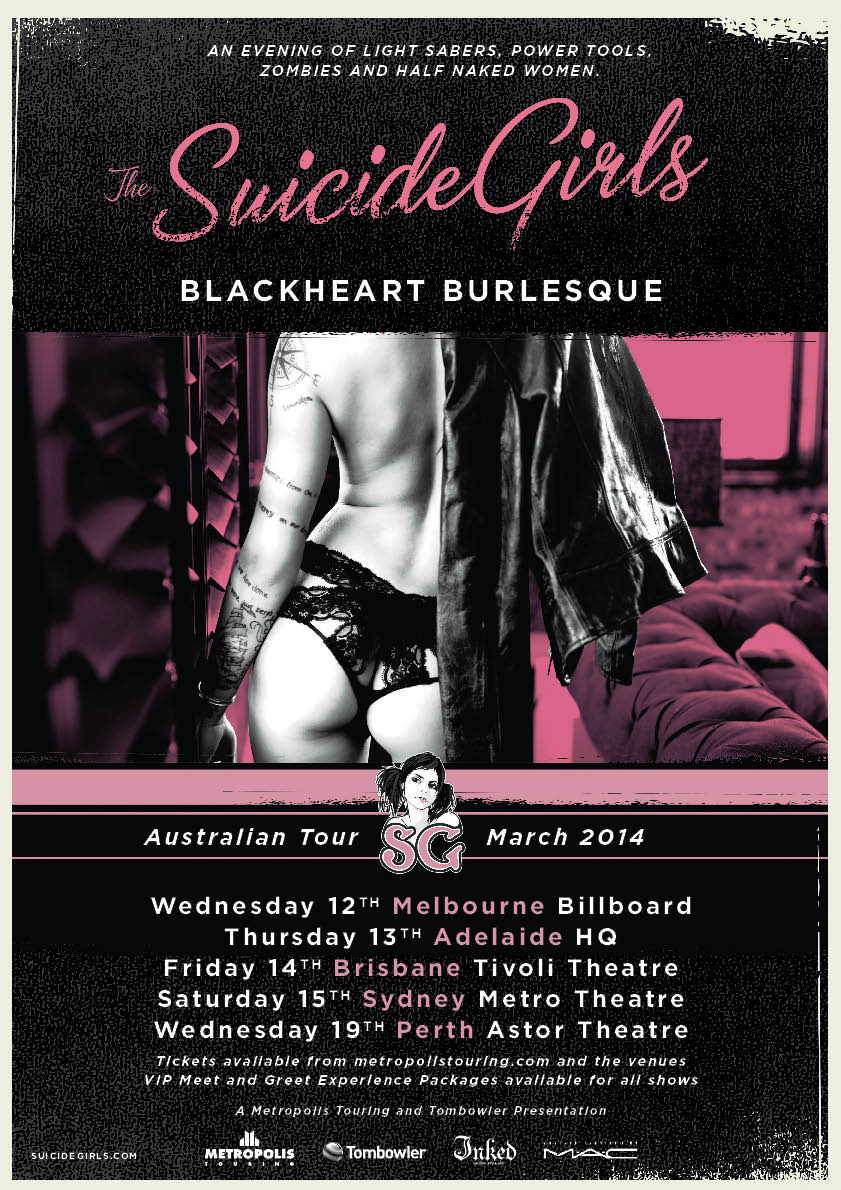 The ever-popular SuicideGirls: Blackheart Burlesque tour is back and better than ever.  After a six year hiatus, the alternative beauty’s largest online community of pinup models is bringing its full headline show to Australia for the very first time.  Redefining beauty as “what some people think makes us strange, or weird, or fucked up, we think is what makes us beautiful”, this unique tour promises to be unlike any other Burlesque show on the planet.

SuicideGirls is an online community that celebrates alternative beauty and indie culture from around the world. Since 2001, tens of thousands of models have submitted millions of photos to the website hoping to earn official SuicideGirl status. The community carefully chooses the most unique, beautiful women from those submissions and invites them to join the SuicideGirls sorority of bad ass bombshells and geek goddesses. SuicideGirls are the sexiest, smartest, most dangerous collection

of outsider women in the world.

With stripteases and performances poking fun at Star Trek, Avengers, Game of Thrones, Pulp Fiction and the Rocky Horrow Picture Show, choeographer Manwe Sauls-Addison (Madonna, Beyonce, Lady Gaga, Michael Jackson) has assembled a troupe of the most talented SuicideGirlsdancers to create the ultimate tribute to pop-culture that Burlesque has ever seen.

With over 6 million fans on Facebook and over a million weekly visitors to their website, the SuicideGirls have spent 12 years trying to change the internet’s idea of what makes a woman beautiful.

“This show was something else. The girls, besides being gorgeous as hell, are amazing and talented on stage.” (The Age Of Metal).

Australia. Tickets only $59 + bf available from metropolistouring.com and the venue.

VIP Meet and Greet Packages available for all Australian shows.