FRIDAY 5TH MAY - THE MEMO, HEALESVILLE

SATURDAY 6TH MAY - THE WEDGE, SALE 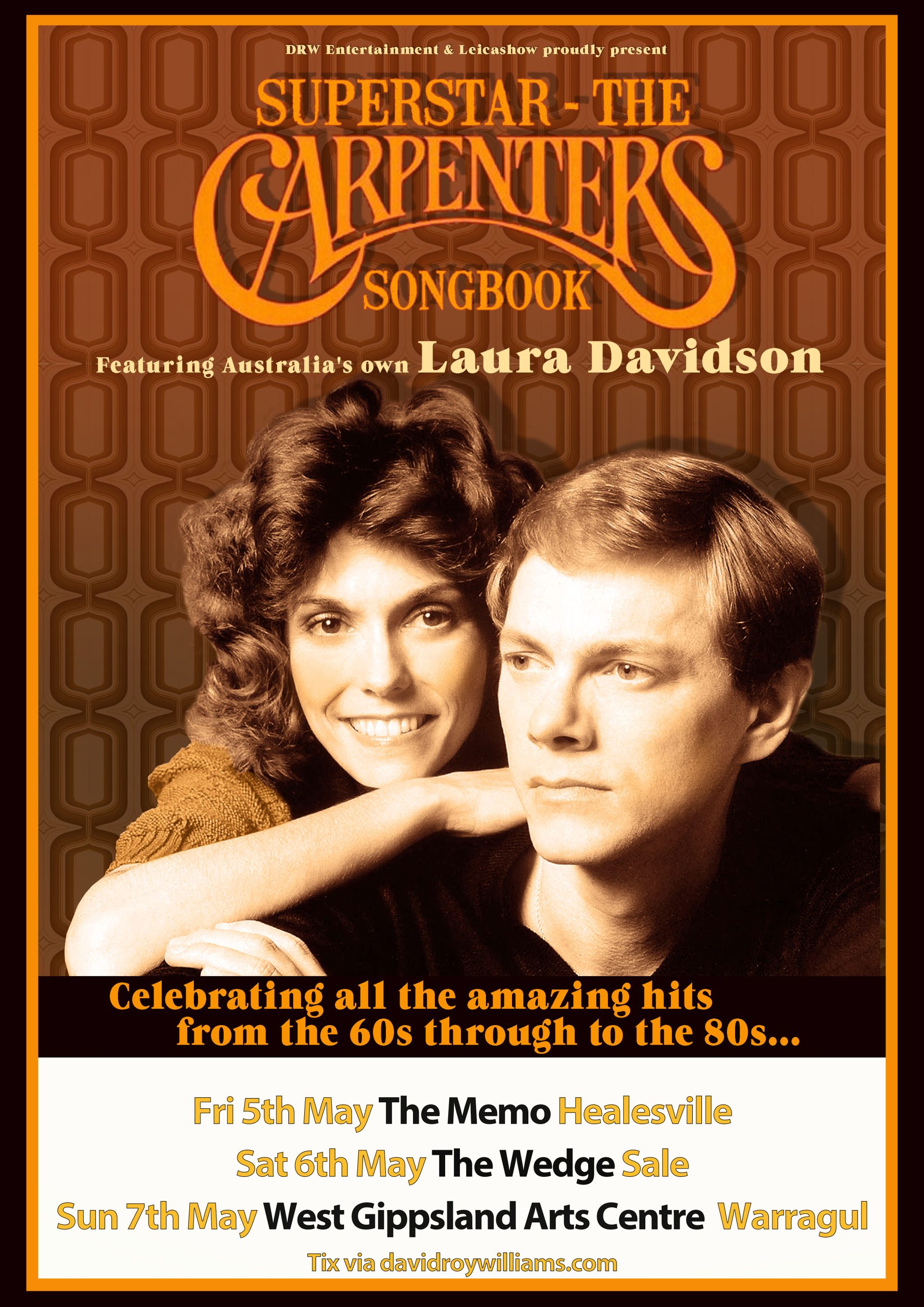 Experience Australia’s own stunning vocalist Laura Davidson and her All-Star Band as they recreate The Carpenters’ exquisite arrangements and lush harmonies on classics such as “Close To You”, “Top Of The World”, “We’ve Only Just Begun”, “Superstar”, “For All We Know”, “Yesterday Once More” and many, many more. You will be smiling and singing along to every song.

After selling shows out throughout 2019 celebrating The Carpenters’ 50th Anniversary, this promises to be a show not to be missed.